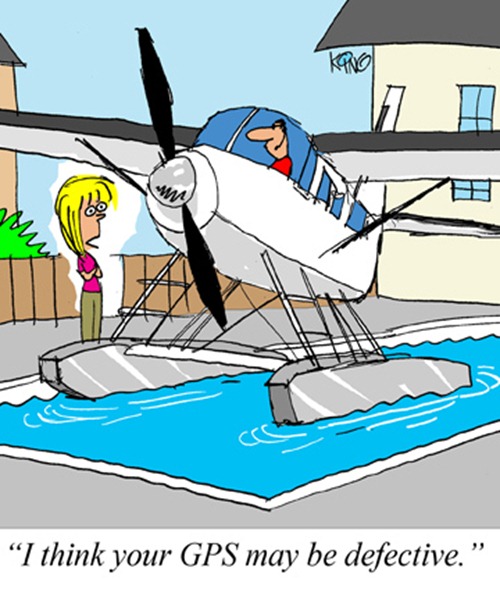 As I head out for a day traveling on the road, I am using the GPS in my car.  For better or  worse, part of following my bliss on this trip means trusting this machine.  Part of the joy and the beauty of travel is becoming aware of what you take for granted in your everyday life. I love gaining space from what keeps me busy.  I don’t want to live life like a hamster on a wheel…always running but not really aware of what I am accomplishing.  I have been blessed with this time to hop off the “wheel” and evaluate life as I experience some new places.  It’s a huge personal motivation for me in taking this extended trip.

One of my revelations is not too surprising.  I am spoiled.  As an American, perhaps you are spoiled as well. Does this sound familiar? I have quickly become used to having access to cellular service, reliable WiFi and GPS systems that work. Silly me, I have come to expect that my GPS actually knows where to go and how to get there when I plug in an address.

I remember a time without any of these conveniences (yes I admit to being that old). But, I am fine with the fact that those days are over. The fact is that traveling here for the last couple of days has taught me that the “good ole days” are alive and well in rural France.  I’m not complaining mind you.  There is good in the fact that things are different.  The way we do things in the USA is not always the best, but being here feels a little like stepping back in time.

For example, I plugged in the address for my hotel in Giverny, and there was no hotel nearby when the GPS emphatically announced,” You have arrived.” I stopped a man who was outside in the driving rain and asked him to point me to the address on my piece of paper.  He kindly pointed and explained something in French, but of course that didn’t help me much, because the only French I understand is body language.  I couldn’t ask him to stay out in the rain any longer, and though I knew I was close, I still had no idea where in the world my hotel was.
I tried a couple of pay phones, but surprise!…those would not function for me either.  About that time the GPS kicked in again with another not-so-helpful suggestion of a location for my destination as I drove around.  This time it took me down a back alley in another residential section.  It shouted,”YOU HAVE ARRIVED!” once again as I pulled up to the back door of someone’s garage…obviously another mistake.

What to do when all else fails? Have a coffee!  I made my way to a hotel and the sweet girl at the front desk had body language I could understand (thank God!).  We communicated perfectly well, and it was especially helped by the fact that my daughter Haley did some instant translation for me via WiFi (thanks Haley <3!).

The end of the story is that the owner of the B & B came to get me.  No sign on the establishment would have told me that it was a B & B.  It was actually exactly where the nice rain-soaked French gentleman had pointed initially.  All’s well that ends well, right?  The lesson is, that having a back up map is probably a great idea.  But not having one, makes for a good story. At dinner tonight, I overheard a couple next to me talking about their GPS woes.  They were kind enough to share their tale with me, and though they were shaking their heads about the experience, it is not without humor.  I got their permission to tell it to you…

It seems that their destination required a right turn which they missed in a small town nearby.  Over and over the GPS then kept telling the driver to turn right at the next street.  Not only was the GPS was telling him to turn, but his wife chimed in, and so what’s a guy to do?  After looking down a few of the streets and hesitating due to the narrow roads, he finally gave up and turned.  Going down the steep hill, the street became narrower and narrower (can you guess where this is headed?)  Finally the next intersection was in sight, but the car was about 2 inches too wide to fit through the space between the buildings.  It was then that he regretted their choice of a mid-sized vehicle, instead of the compact.  In the end, when faced with the choice between backing up a few hundred feet up hill between cars and around a corner, or forcing his way through the tight space, he chose to go forward…and the rest is history.  The marks on the car will be the unfortunate souvenir of that moment.  (And I thought I had a good story!)

It all brings  to mind a funny episode from the comedy series The Office.  It’s about the perils of believing your GPS when all evidence points to the contrary…here’s a clip:The Office: Michael and Dwight follow their GPS

Stay in touch and Stay Tuned as this adventure continues…